Prior to every Bar and Bat Mitzvah, I like to do a pre-shoot with bar or bat mitzvah child. It’s a great way to break the ice and get the child comfortable with taking photos. Often, at a South Florida Bar/Bat Mitzvah, clients will use the photos from the pre-shoot at the party – either by simply displaying them or actually integrating them into the decor itself. Samuel and Lauren’s pre-shoot was at South Beach Park in Boca Raton. We were able to get some great casual photos with both them and their entire family that day. The first few shots below were from that shoot. The party at Parkland Country Club was about a month later.

Very recently I had the pleasure of photographing Samuel and Lauren’s B’nai Mitzvah at one of the loveliest South Florida venues, Parkland Country Club. The family elected to have one party to honor both children, as they are only one year apart in school. It’s a great way to make an already grand celebration event grander by honoring two children at once! We began the evening by photographing Samuel, Lauren and their family at the club. By the time we were finished, everyone was ready to party!

Parkland Country Club is a great place for a South Florida Bar or Bat Mitzvah, with a fabulous ballroom and an impeccable catering staff as well. Its magnificent grounds are also a terrific place for photos if both weather and time permit. The lush greenery of the landscape and expansive grounds are always a pleasure to photograph against. The interior is classy and upscale and any décor you select will work beautifully here. A South Florida Bar/Bat Mitzvah wouldnt be complete without a fabulous DJ and festive décor, and this party had both! The event itself was fun and festive with vibrant purple tones throughout the ballroom.

As a South Florida photographer, I love photographing Bar and Bat Mitzvahs, as it’s always a happy occasion and the family is always thrilled to take part in not just the party, but also the formal photos as well. Aside from the service, which I am not always called upon to shoot, the portraits and the party are a great remembrance of the child’s passage to adulthood. With that said, I do enjoy photographing Bar and Bat Mitzvah services, as it is a unique Jewish religious experience and is very meaningful both spiritually and personally for both the child and his or her family. Capturing photos of this right of passage is always an honor, though, as mentioned sometimes it is either not permitted to have a photographer in the sanctuary OR the service is performed elsewhere where I am not called upon to photograph it.

At this particular South Florida B’Nai Mitzvah, I had my son Joel along with me, as he was an invited guest. I was able to see him first hand, enjoying himself during all of the party festivities with his friends. As a South Florida photographer, I found this event to be a particularly fun one for me to photograph at an incredible location with an enthusiastic and fun client to work with. Thanks so much to Samuel, Lauren and your family for allowing me to be a part of your special day! 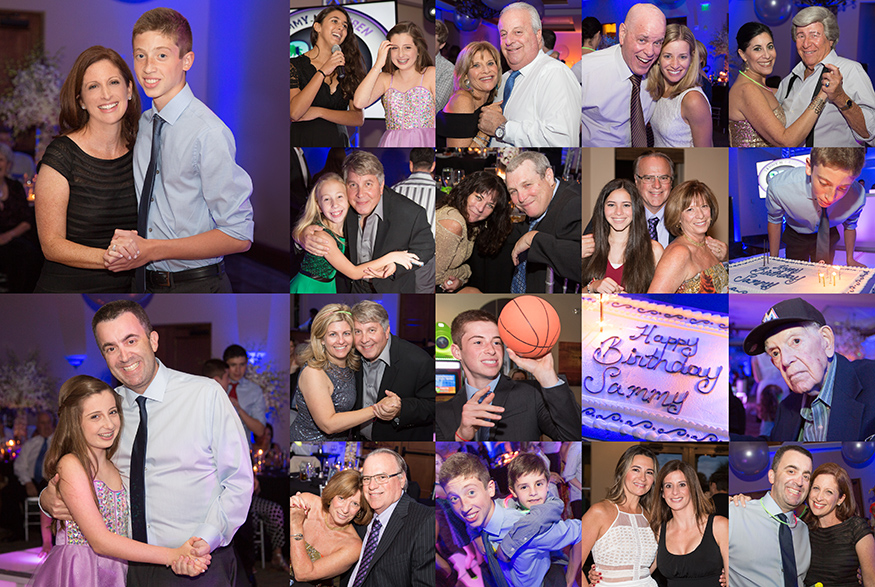 As a Miami advertising photographer, I was thrilled to shoot this ad for Miami Seaquarium.